A message from our President:

Directors, volunteers, and all participants of the Great Alberta Mushroom Foray (GAMF) 2019:

Well, the dehydrator is safely returned to Thomas Slaymaker, former Provincial Foray Coordinator, thanks Thomas; the reference books, the display trays, the microscope, the DNA extraction kit, all safely stowed at Myhre’s Music our storage site, and finally a moment to reflect.

The weekend at Weald Provincial Recreation Area/Robb, Alberta was truly awesome!  The weather was outstanding! No rain, but the rain-soaked lands bore numerous fungi!  Approximately 50 people collected more than 500 specimens in just one day.  All of the collection happened on Saturday, September 14, 2019.  The day began with a presentation from Martin Osis on collecting, noting habitat, smell, and other transitory characteristics.  He provided appropriate data gathering guidance, then the groups set out.  Groups forayed to four different locations scouted out by Ryan James.  Weald, Lambert Creek, Mitchell Creek and Coalspur all chosen for their different habitat, and decidedly, different fungi.  The groups were led by Robert Simpson, Ryan James, Bill Richards and assisted by Candice Cullum.  Everyone came back safely, eventually.  Thanks Ryan, Robert, Bill and Candice.

The specimens were brought to Robb Community Hall.  A big shout-out to Robb for the use of their modern, and wonderful facility, with free internet!  Mr. and Mrs. Wood of Robb gave us their trust, and we hope they are pleased with the manner in which we left their wonderful facility. Many participants, namely Agnes van der Klaauw, David Rowe, and Richard Slevinsky made sure the dishes, surfaces and floors were all clean, and returned in good order.

When not foraying, participants sorted, categorized, and identified their specimens.  Martin coached, confirmed or denied.  Michael Schulz sat in a corner, yes, all day long and into the night, and then again Sunday morning.  Michael, our expert mycologist, verified the identity of exactly 300 specimens.  Well, done Michael!  We sincerely thank and appreciate the time you spent working with us.   Then the identified specimens were added to our database by Barb Shworak.  A most complex yet organized database that notes who collected, where it was collected, the mycologist’s identification, and many other pieces of necessary information.  Thank you Barb.  Barb, like Martin, Rob, Michael and a few others worked into the wee hours of Sunday morning to be ready for Sunday’s display.  Furthermore, selected fungi were photographed by Ryan James and Grant Lakeman, assisted by Alexa Oishi.  Thank you Ryan, Grant, and Alexa.  Then these fungi were sent to the DNA station.  Thin sections of fungal DNA were smeared on Whatman filter paper in as sterile as possible method.  One hundred and fifty-three DNA smears were prepared.  This precise and careful work was done by numerous participants:  Karen Slevinsky, Diane Murray, Alexa Oishi and several others.  About 150 specimen were moved to the dehydrator.  Some of these dried specimens will be sent off to the National Mycological Herbarium in Ottawa, and the DNA smears will be sent to Dr. Scott Redhead at Agriculture and Agri-Food Canada for sequencing and identifying.  More on this later.

An overwhelmingly bountiful potluck organized by, yes, all of us, kicked off the start to our social evening.  Hedgehog pockets, creamed honeys, sautéed hedgehogs, and preserved assorted suillus were lovingly presented and prepared by us, for us. As well, jambalaya, wieners, kielbasa, salads, humus, and an endless assortment of people’s favourites, ensured that our plates were full for a long and luxurious dinner. The Slevinsky’s topped off this wonderful dinner with a thin slice of poppy seed chiffon cake, raspberry compote and whipped cream.  After dinner, Gulnara Tagirdzhanova spoke about The hidden fungi in lichens – wonderful food for the brain.

Sunday started with coffee and leftovers for breakfast, several individual forays and one group foray led by Robert Simpson – the search for the elusive yellowfoot chanterelles and the giant white hydnum was on!  Meanwhile back at the Robb Community Centre, Karen Graham, Aletheia Chaconas, and Isobel Phoebus continued the sorting, categorizing and identifying; readying the hall for the identification talk.  Thank you so much, participants from Hinton.  Photographs show the range of samples as Michael Schulz, Martin Osis, Bill Richards, and Robert Simpson showed off their Latin and their classification skills.  Five hundred and thirteen specimens were collected, 300 were identified by our experts, 54 were identified to their respective Genus, and 159 were unidentified.

Sunday ended with a flurry of activity as all materials for the Great Alberta Mushroom Foray for 2019 were packed into the Slevinsky Tacoma.  Special thanks to Elizabeth Lakeman, Michael Schulz and several others, as the hall went from order to disorder and back to order again.   Barb Shworak and Karen Slevinsky were the last to leave, Barb for blueberries, Karen for Edmonton.  The Great Alberta Mushroom Foray was over again, for another year.

Weather Conditions: Sunny and pleasantly cool for most of the weekend. 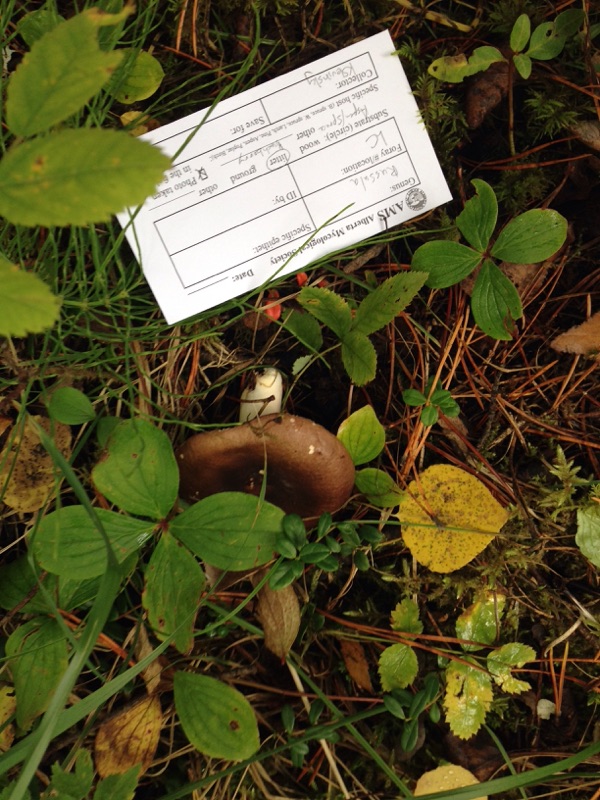 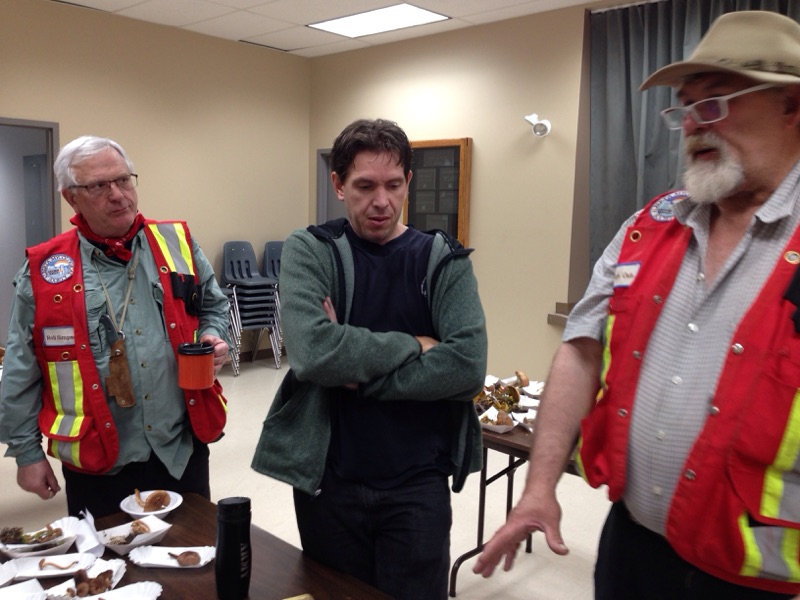 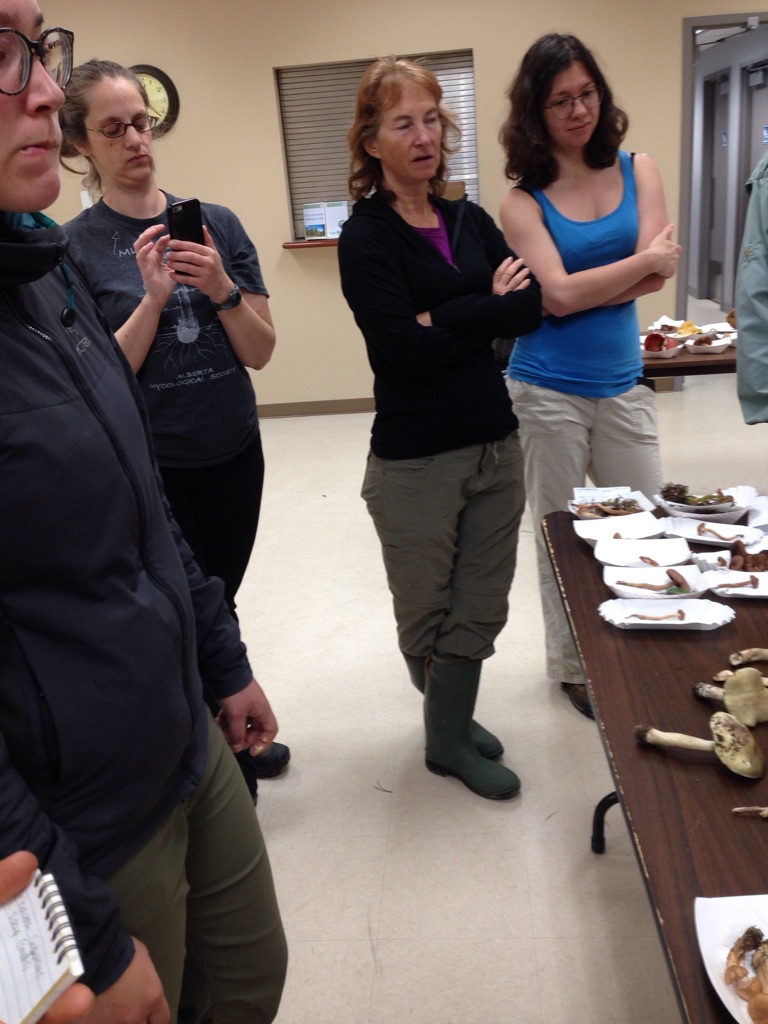 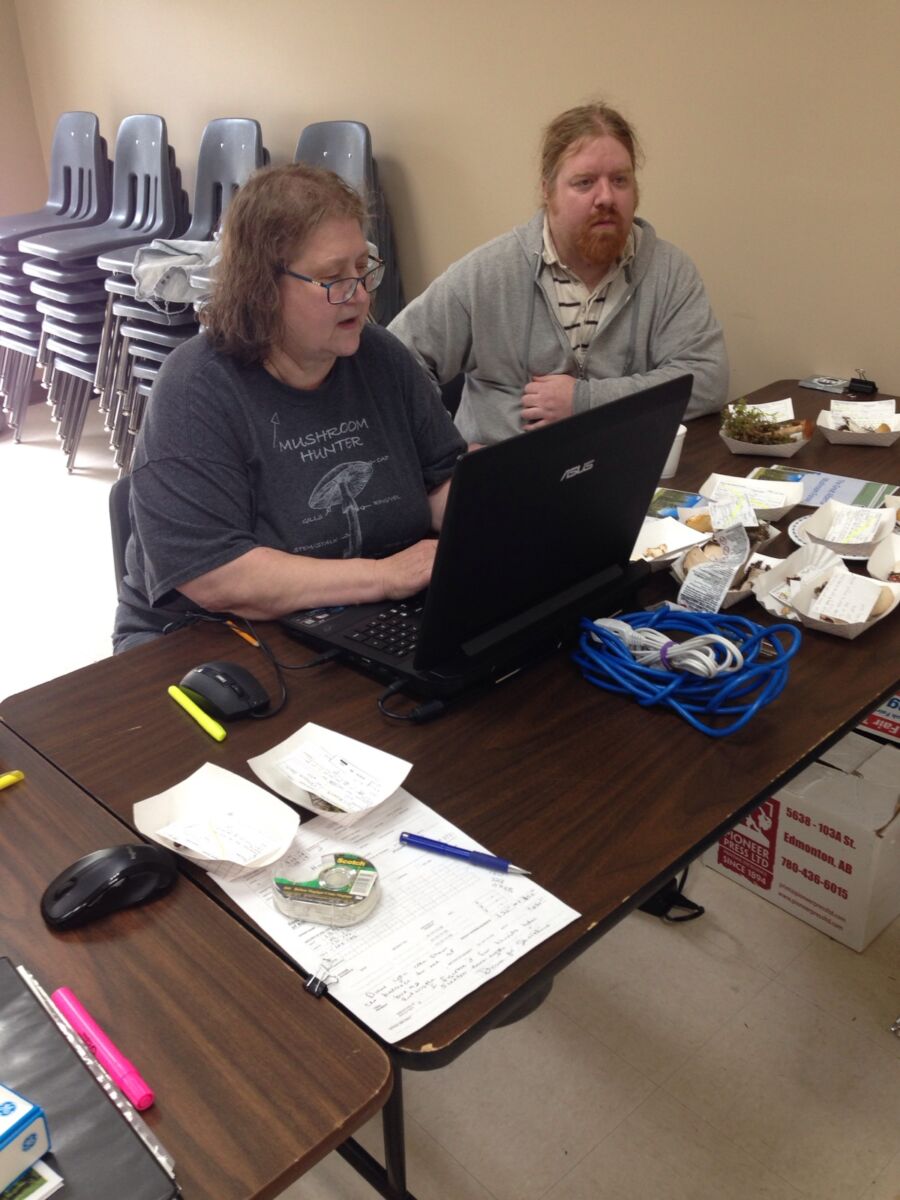 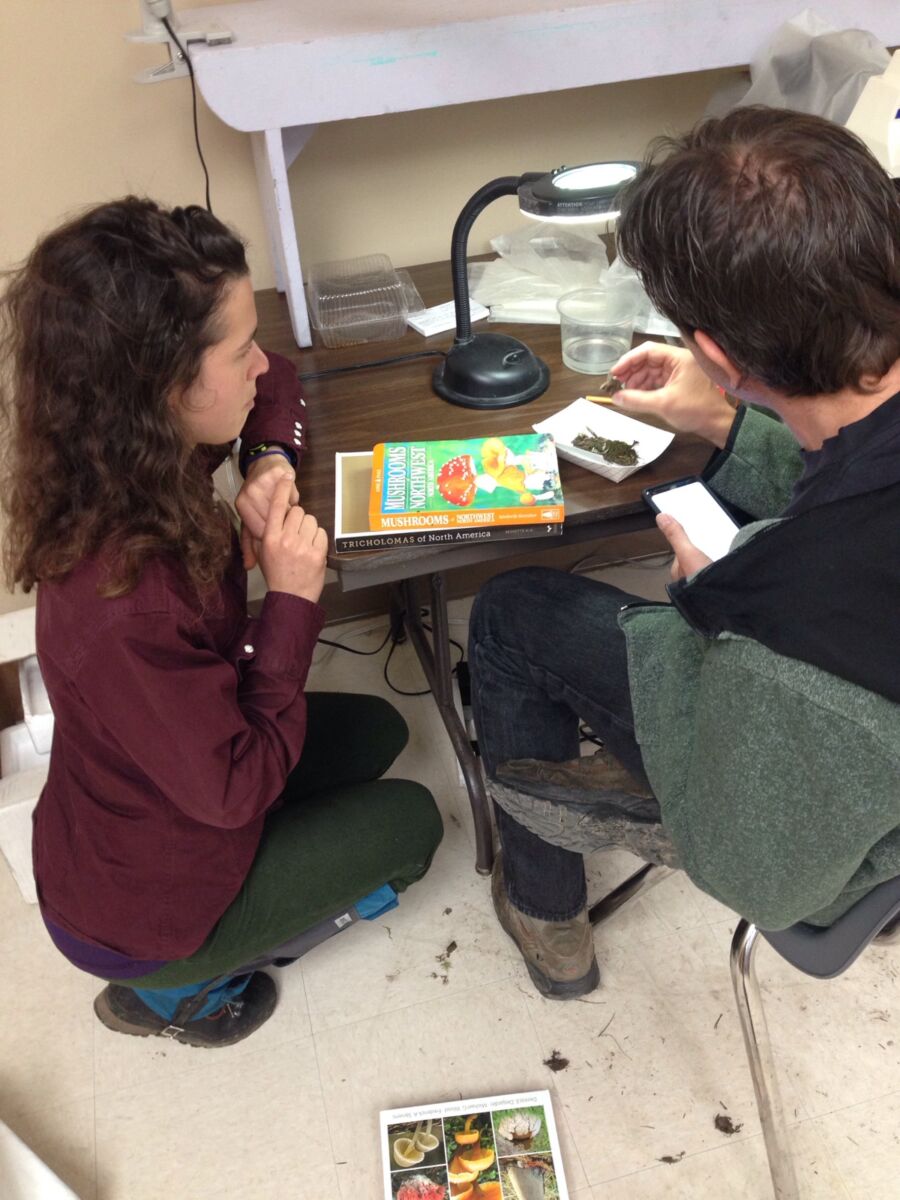 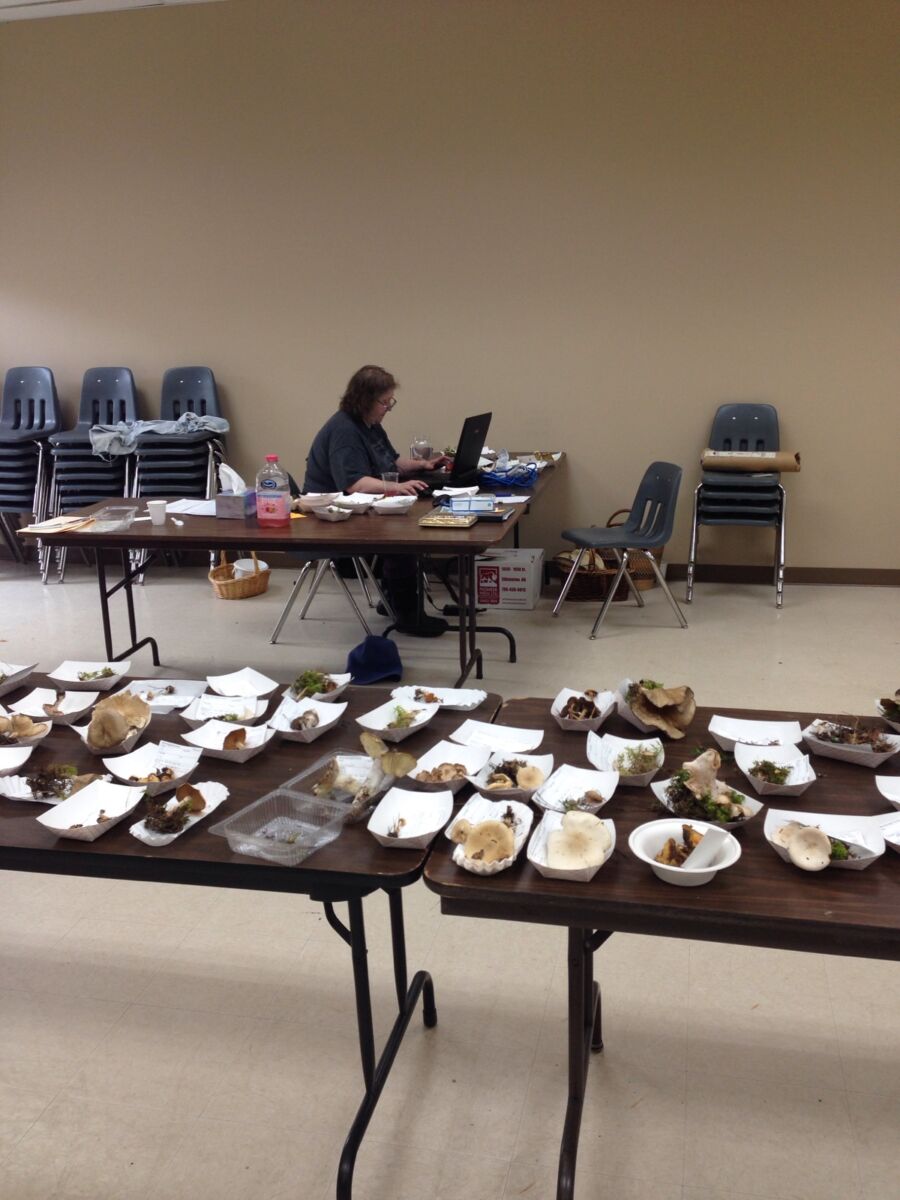 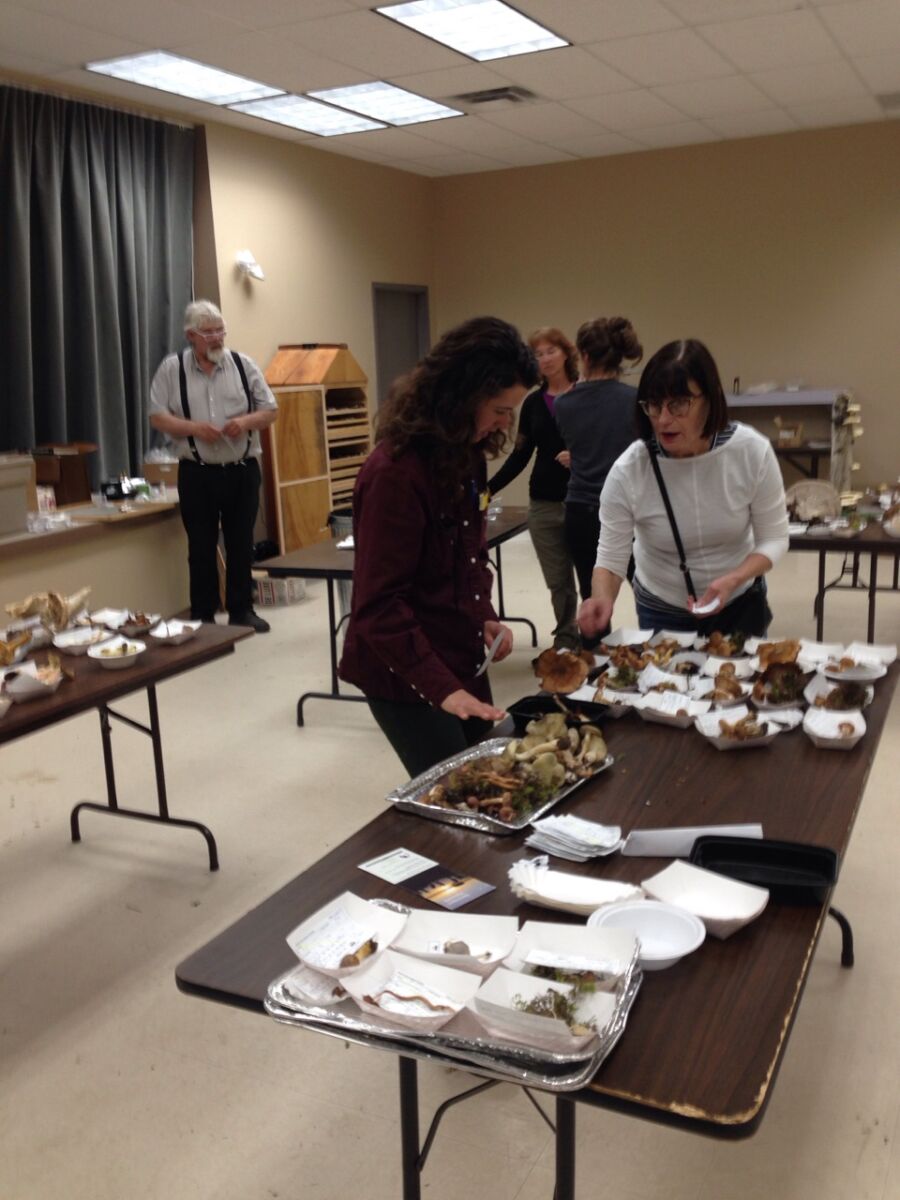 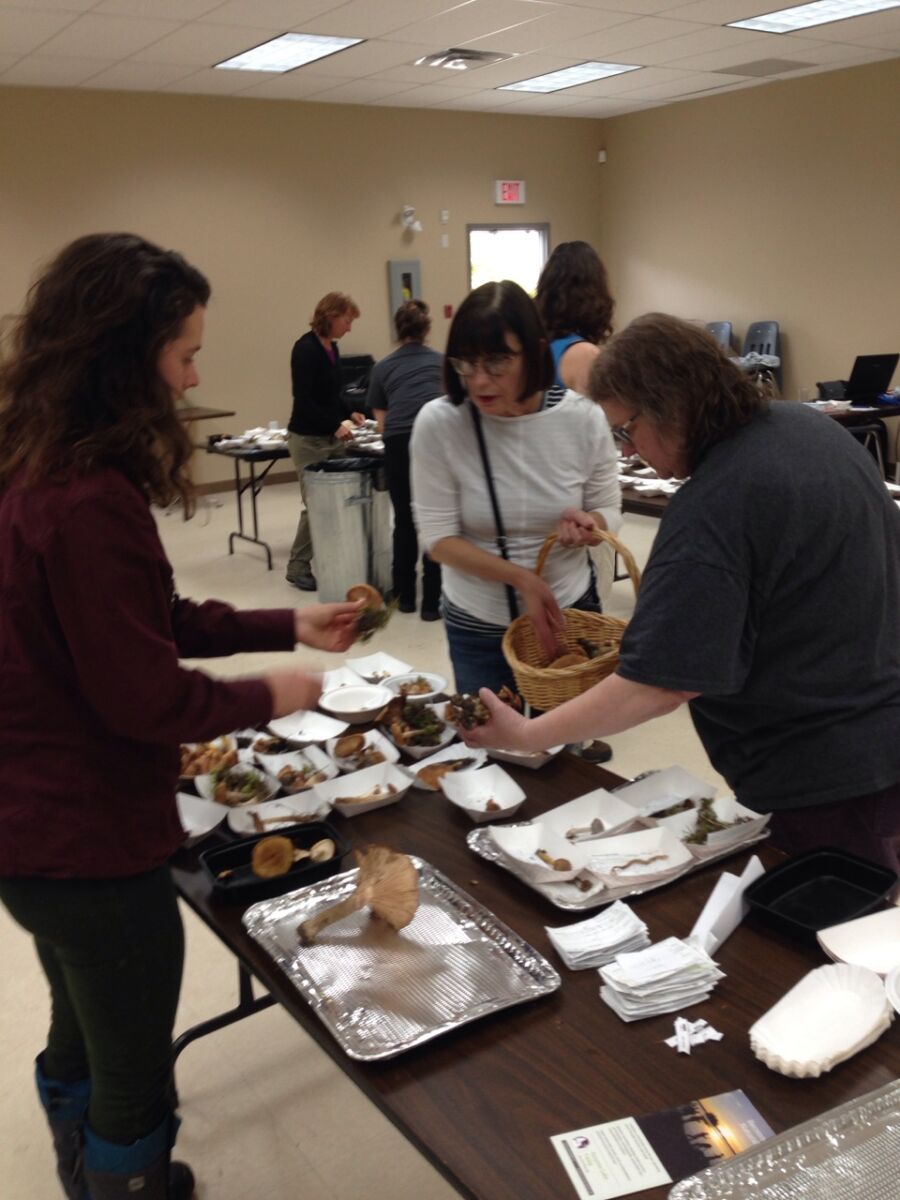 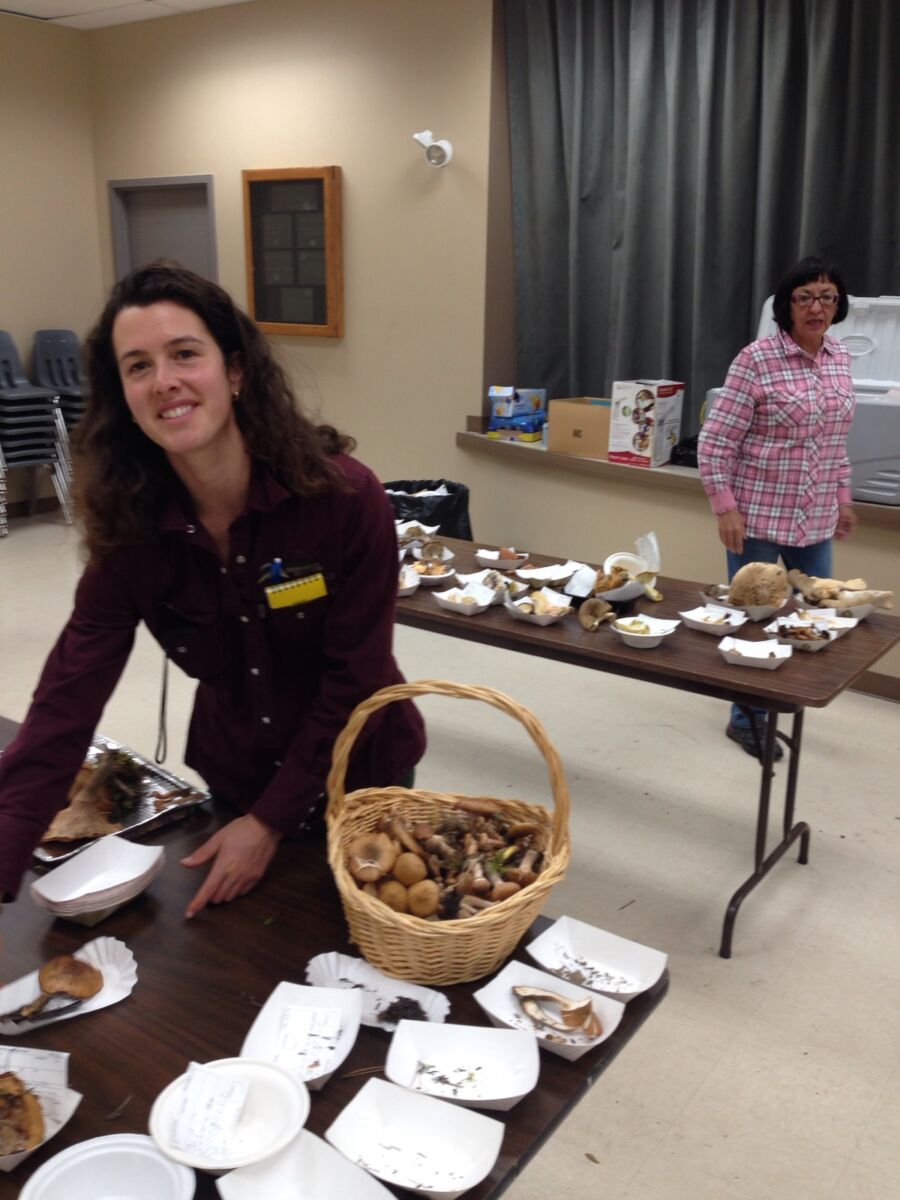 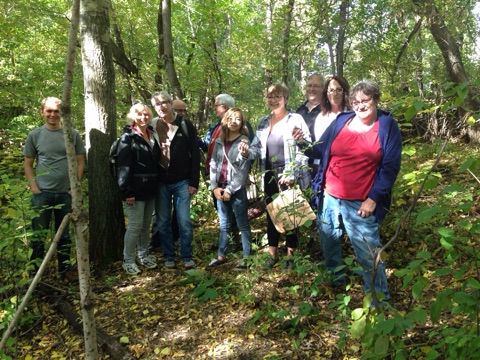 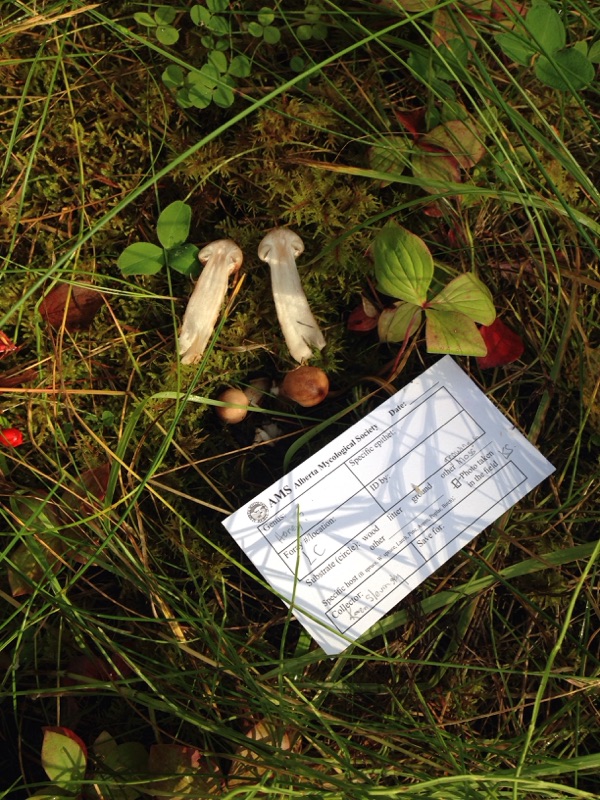 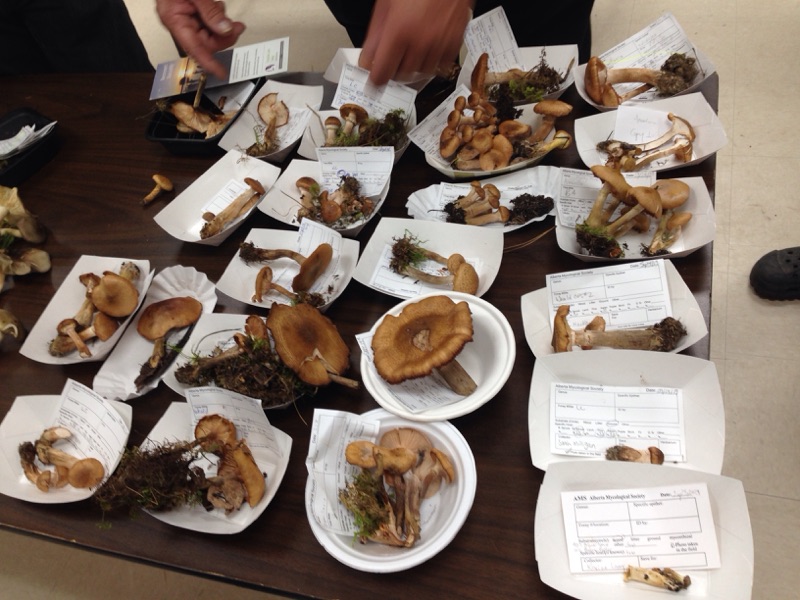