Many edibles in large numbers including:

In addition, we found:

Weather Conditions: We managed to conduct our forays without getting rained on and the temperatures were pleasantly cool. It rained on the Friday and Saturday nights and we had a good shower Sunday morning, but overall, the weather was ideal for a foray.

Additional Comments: On the week-end of September 6-8, 2019, the AMS held a foray in the vicinity of Perryvale, Alberta, which is located in the Twatinaw River valley, a 75 minute drive north from Edmonton and a short distance south of Athabasca, on Highway 2.

Bruno Wiskel and Susan Galloway hosted the event along with a Square Dancing group. Some of the square dancers joined members of the AMS on two forays on the Saturday, the first of which took place in the immediate vicinity of Peryvale, with the second one taking place on land owned by Bruno, some 10 kilometres west of Perryvale.

We went on a third foray on the Sunday morning in the immediate vicinity of Perryvale. Camping was available in Perryvale Park, across from the General Store. We had access to the Community Centre for cooking and washrooms. Bruno and Susan hosted a barbeque on the Saturday evening, of which many AMS members partook. Bruno brought a large bag of apples from his own orchard, which were delicious, along with freshly harvested potatoes from his garden. After dinner, square dancing commenced, with members of the AMS participating fully. Our member, Richard Park and one of the square dance people serenaded us with their fiddles during a break in the square dancing. Richard’s daughters August(10) and Ella (5) were enthusiastic participants in our Saturday afternoon foray, endearing themselves to all present. Breakfast was also provided in the Community Centre on Saturday and Sunday mornings and we had an excellent potluck lunch on the Sunday. The AMS members who attended all seemed to have enjoyed the event thoroughly. The square dancers were friendly and patient with those of us who participated in the dancing, which was great fun.

We found a great variety of edible mushroom species: Coprinus comatus (Shaggy manes), Tricholoma ecuestre (formerly flavovirens) (Man-on- horseback), Hydnum repandum (Hedgehogs), Russulas, two species of Armillaria (Honey mushrooms) and Lactarius deliciosus, of which we found enough for cooking and sampling; In addition, we found Coprinus comatus (Shaggy manes), Leccinum scabrosum, L. insigne, L. boreale, Hericium ramosum and others… We also found many other species of mushroom, many of which we were unable to identify in the short time available for mushroom identification.

We would recommend holding a foray at this location again, as there is plenty of fungal life in the area and the Community Centre is a convenient facility for cooking and eating, with plenty of room for displaying our mushroom finds. 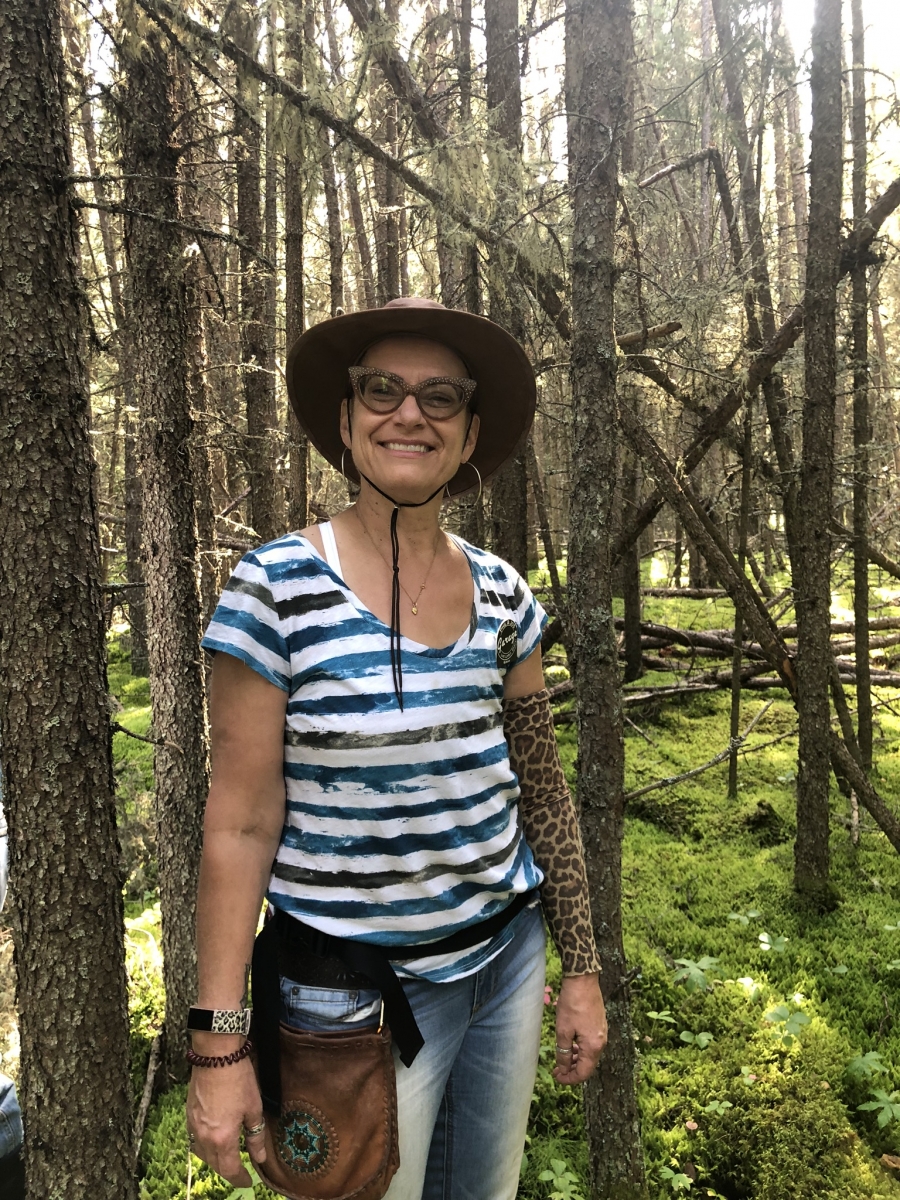 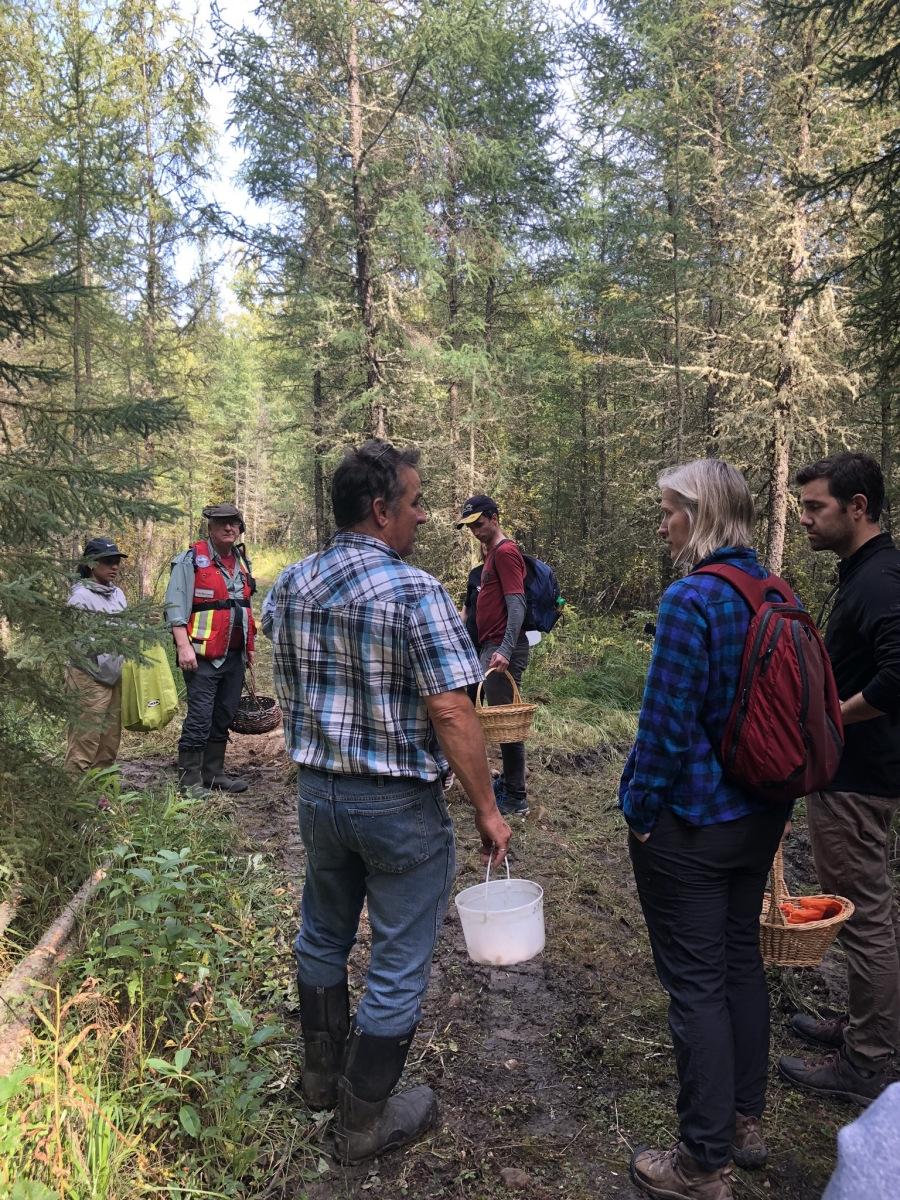 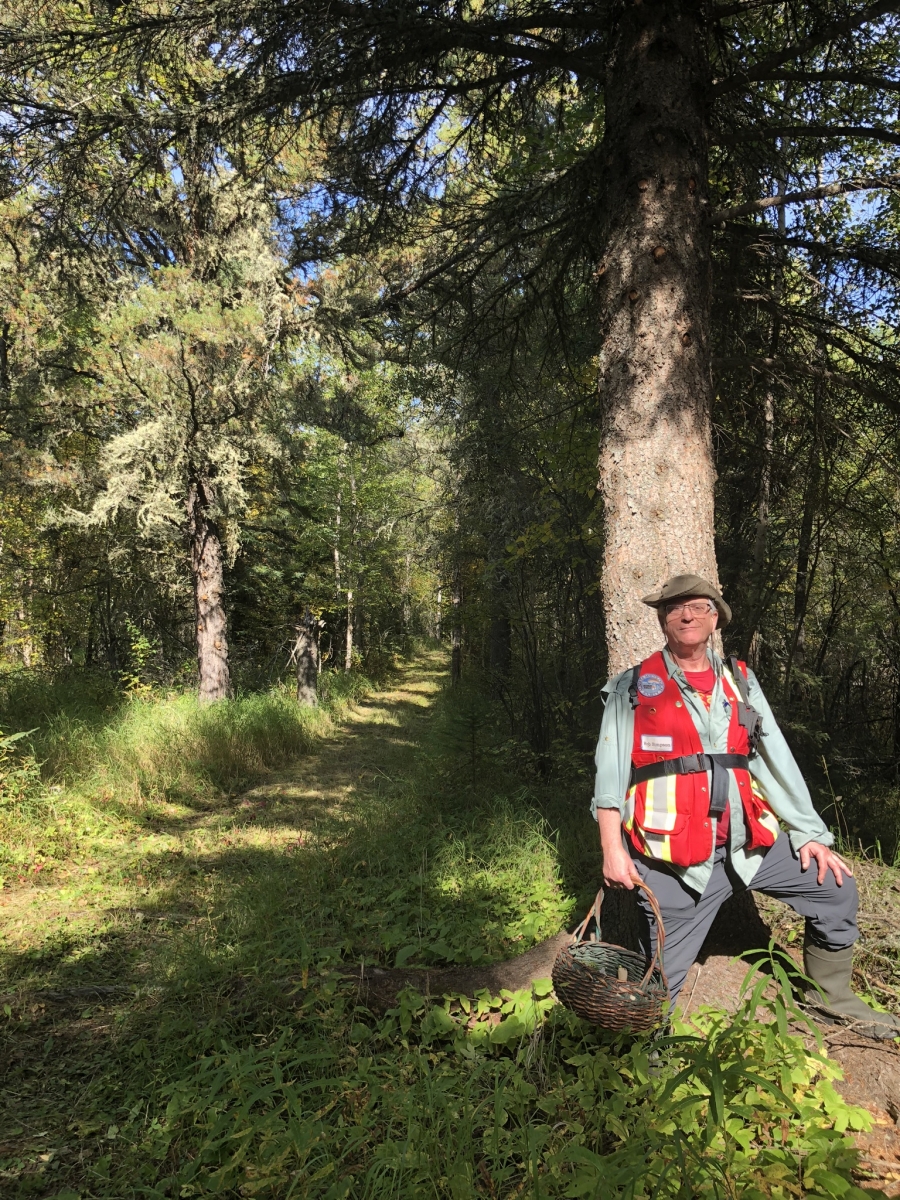 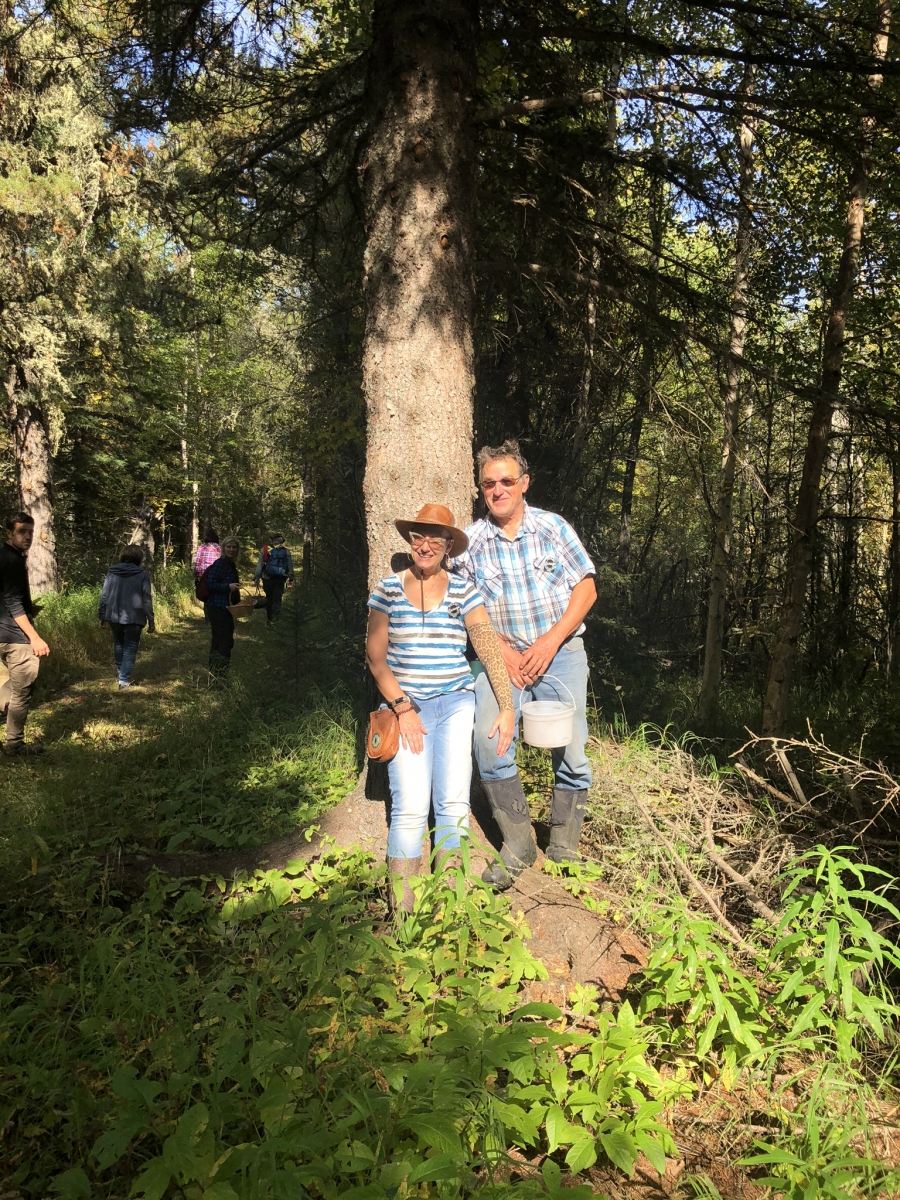 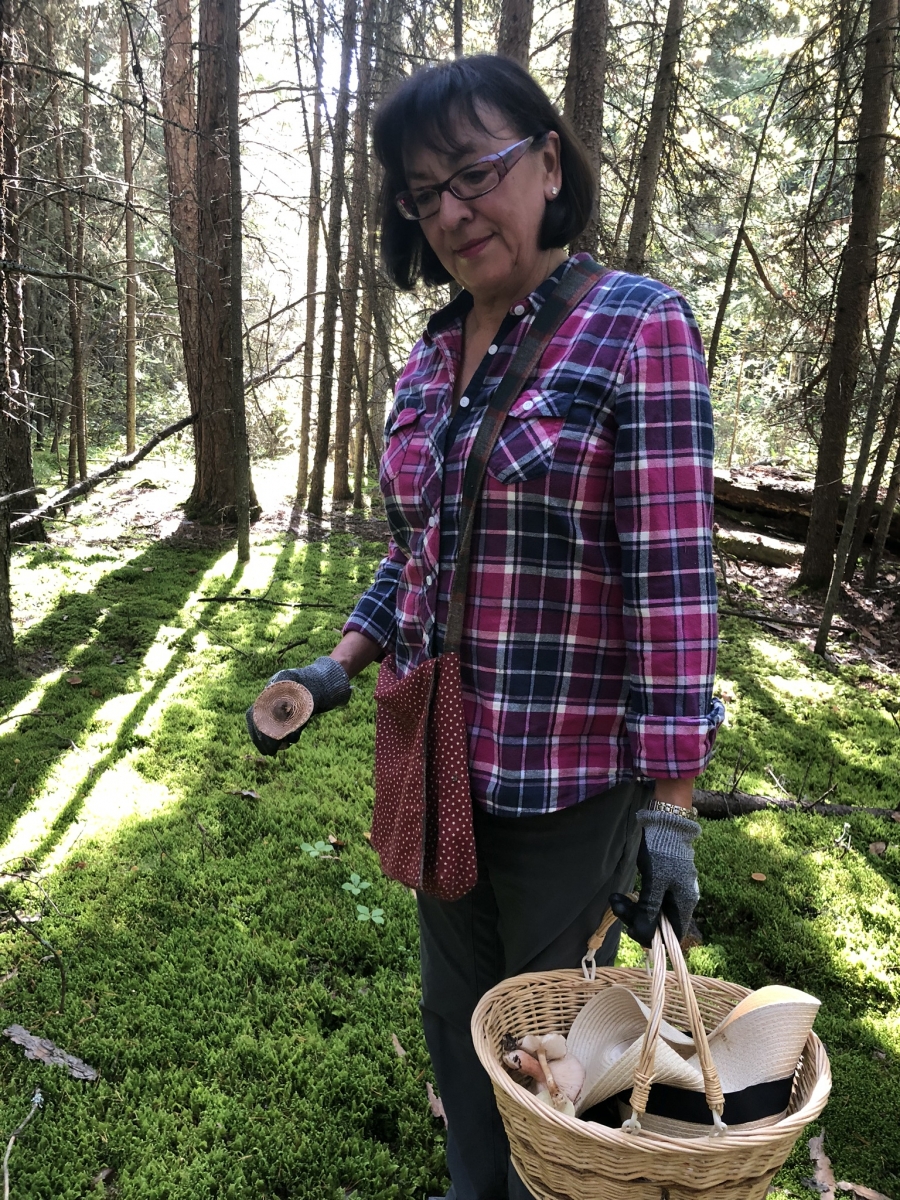 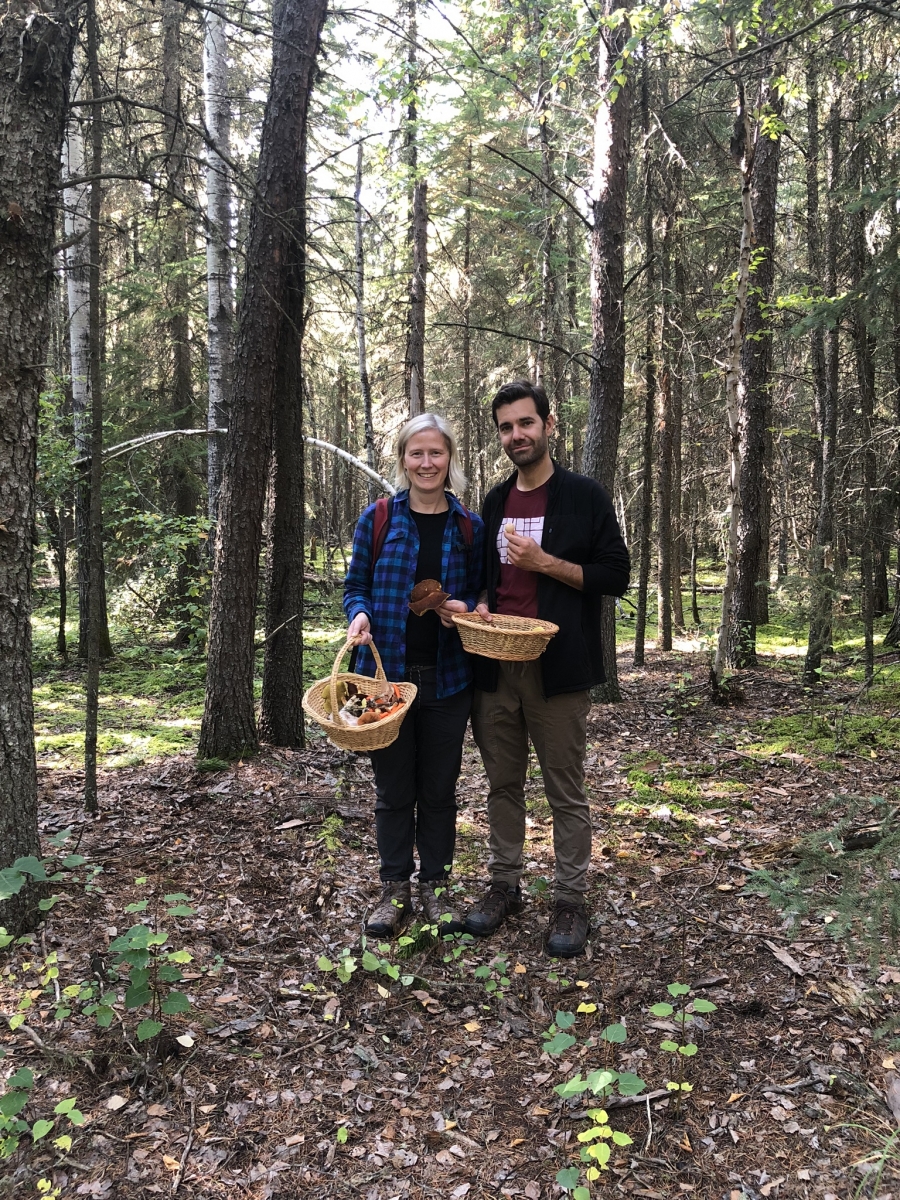